Do Robots Make the Workplace Safer? 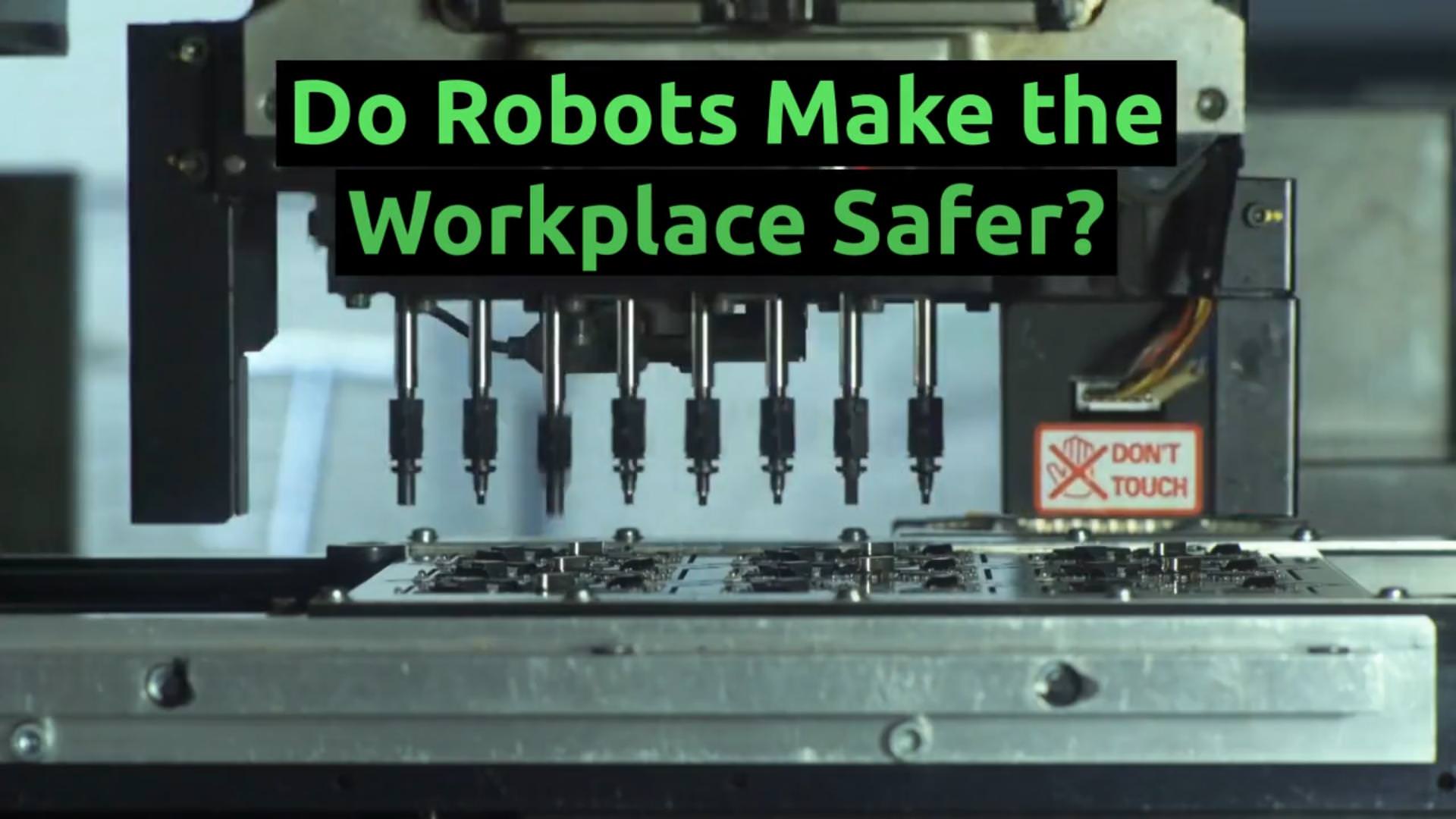 We’ve been reading about robots taking over the human race since we were kids. We’ve also seen it in movies. Robots working alongside humans either turns out well, or in utter ruin. But that’s fiction — what does reality look like?

The Facts about Robots in the Workplace

The truth is that robots, in some form or another, have been in American factories for decades. Last year alone, it was estimated that there were at least 250,000 such machines working on their own or assisting humans as they completed their daily tasks.
Our perception of what a robot in the workplace looks like is not the reality. Robots aren’t walking, talking humanoids. Instead, they are machines with automated arms that perform the tasks required of them.

The History of Robots in the Workplace

When they were first introduced into the workplace, robots were often assigned areas of the floor separate from humans. The machines of yesterday and today pose hazards to humans and often aren’t able to detect a human in close proximity. Since 1984, when a human worker was killed on the job by a robot, safety measures have been in place. He was crushed between a steel pole and a hydraulic robot.
Safety measures may include barriers, sensors and more. But what happens when robots that are designed to be mobile and interactive are brought into the factory? To answer this question, the Center for Occupational Robotics Research was formed in September 2017. Partnerships also exist among different agencies, including OSHA, to address the safety challenges that come alongside today’s robots.

Do Robots Pose a Risk in the Workplace?

One of the greatest concerns is the collaborative robot that is built to work alongside humans in a shared manner. Some experts say it is a mistake to believe that even with safety measures built into the machine, they are safe as soon as they hit the floor. The way that the robot is used will determine the hazards it presents and what measures need to be taken.
It is suggested that risks assessments be taken before and after the robot is put in place. That way, employers can adjust their safety protocols to be based upon real-world application, not being forced to go off the manufacturer’s suggestion. Robots can certainly help to make a workplace safer by performing duties that have been traditionally hazardous for humans, but only when those robots don’t become the hazard themselves. For now, the safety implications of having machines working so closely with humans require continued study, and safety measures need persistent tweaking.

If you have been injured on the job in San Luis Obispo, you not only have the right to workers’ compensation, but you may have the right to file a claim against your employer. Call our office today to set up a free case evaluation. We will discuss the details of your workplace accident and help you take the appropriate steps for your unique set of circumstances.
You may be entitled to compensation for medical bills and more. You may also be entitled to disability payments, depending on the extent of your injuries and your ability to return to work.