Who Is Liable in a Multi-Car Pileup? 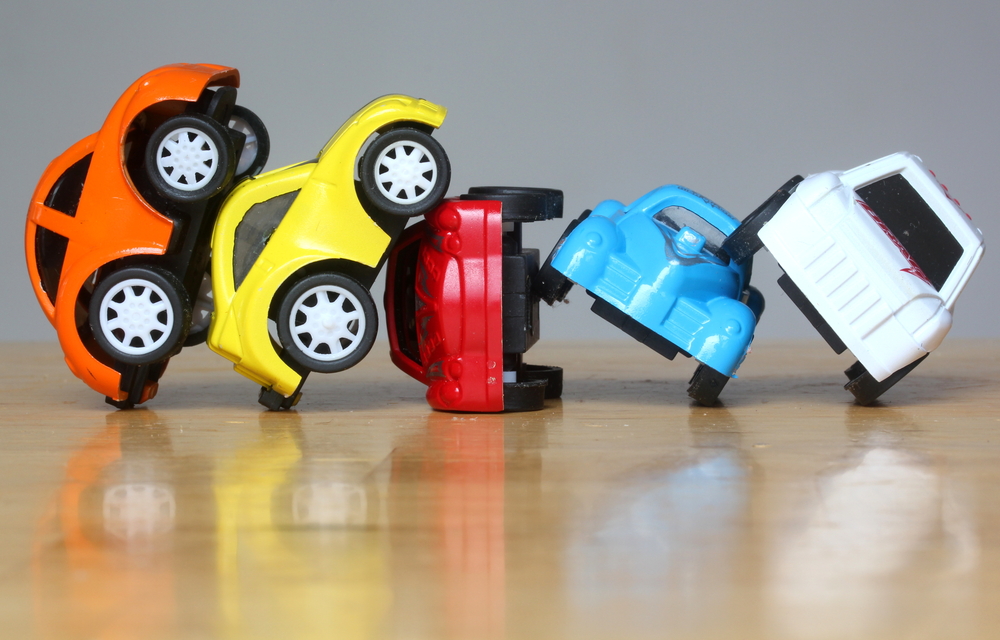 There are hundreds of accidents on California’s roads every day. Usually, there are simple fender benders or other minor accidents that are resolved relatively quickly. Fault is laid on one driver (or both), a police report is taken and insurance claims are filed. When multiple cars are involved, though, figuring out who is at fault for insurance claims and other reasons can feel nearly impossible.
If you are involved in a multi-car pileup, the most important thing to remember is to stay calm and not apologize to anyone. Apologizing can be seen as an admission of guilt and, therefore, fault. Instead, gather the insurance information of everyone involved, gather information like photos and witness statements, give your police report of exactly what happened and wait for the investigation to be completed.
To understand better how liability is assigned in multi-car accidents in California, read on.

One of the most common types of multi-car accidents involve one car slamming into the back of a line of traffic. Greg’s SUV hits Johnny’s sedan, which is pushed into Kelly’s coupe, and so on. In these cases, Driver A would usually carry all of the fault. However, there are some instances where fault could partially be placed on each driver involved in a case like this. Most often, this is when the officer who responded to the accident reported that the other drivers did not leave enough space between their cars and the car in front of them.
There are some cases, however, when more than one driver is very clearly at fault. Say, for instance, Kelly, who is at the front of the line, came to a sudden stop because she didn’t see a construction site in front of her. Johnny, driving a bit too fast, comes to a sudden stop to avoid hitting her. However, his tail lights are out. Greg, bringing up the rear, had a couple drinks at dinner before getting behind the wheel of his SUV. He isn’t legally drunk, but is somewhat impaired. He slams into the back of Johnny’s car, who in turn hits Kelly.
In the second example, it would be much easier to lay fault on each driver involved. Kelly should’ve come to a safer, slower stop; Johnny should’ve not been following as closely, nor driving as fast; and, of course, Greg should’ve not gotten behind the wheel after drinking enough to be impaired.

How Fault Is Assigned in California

In California, fault is divided among everyone involved in the accident based on pure comparative negligence. This means each party can sue based on how much the others were at fault. So, if a judge says:

Then, Kelly and Johnny could sue Greg for damages.
If you have been involved in a multi-car accident in California and have been injured, you may be entitled to compensation. Contact our San Luis Obispo car accident lawyers today.

Categories
LATEST POSTS
Go to Top
Get In Touch
We represent only the injured parties against insurance companies or large corporations. We never do defense work. We never will. The defense wants to minimize the amount of money given to our clients, even when they are responsible.
Ernst Law Group
1020 Palm St, San Luis Obispo, California 93401
get directions
[email protected]
Call us
(805) 541-0300
Law Firm SEO by EverSpark Interactive
Send us an email