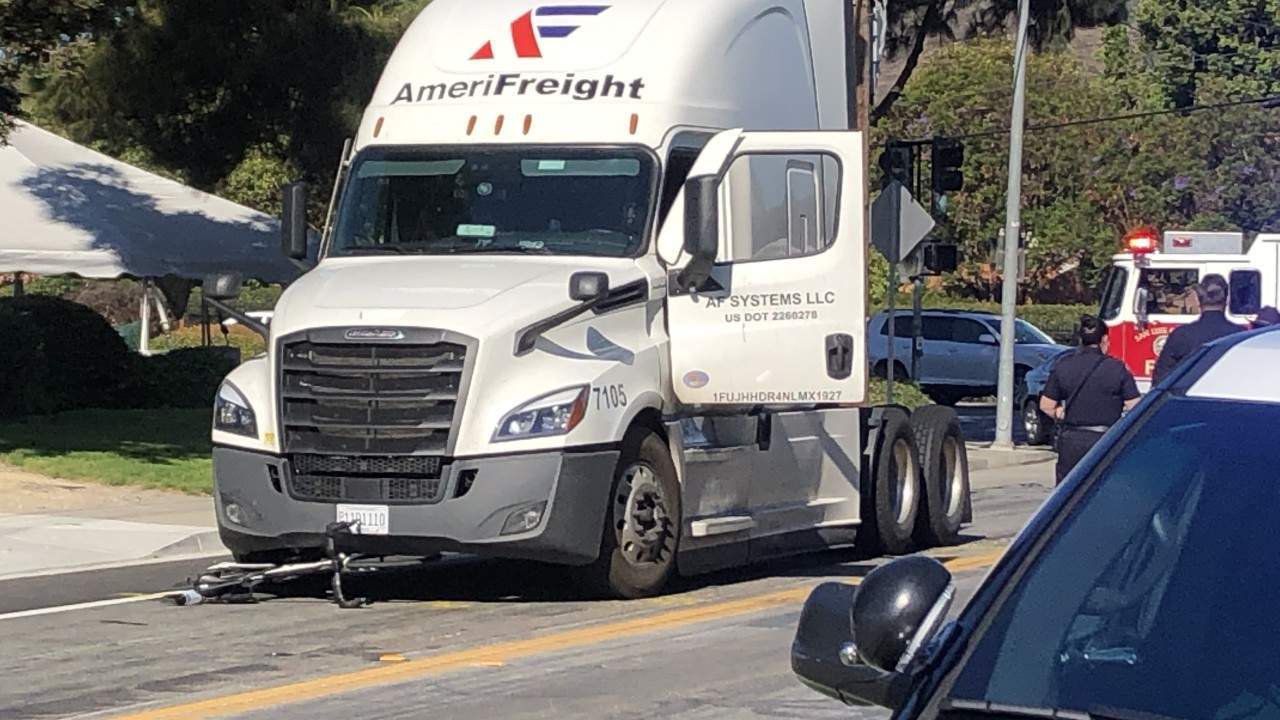 The Ernst Law Group is investigating a fatal bicycle accident including an Amerifreight truck and a bicyclist that occurred at 7:20 am on June 25, 2021 in San Luis Obispo, California.

The collision occurred between Suburban Road and Higuera Street. The bicycle was trapped under the semi-truck resulting in the bicyclist’s death.

The cause of the collision, at this point, is unknown. But The Ernst Law Group has been filing lawsuits against semi-trucks for more than 40 years and there are a few things that we are investigating with this incident.

The first factor is whether fatigue was a factor in the collision. Fatigue is a common factor in truck accidents as truck drivers are pressed to deliver their cargo faster and faster. There are strict regulations on truck driver rest and driver time.

The second is whether or not the logbooks were up to date, and if the driver was operating at the normal hours that are regulated under the Federal Motor Safety Carrier Regulations (FMSCR). This is known as 49 CFR Parts 300-399. These are federal laws that mandate rules and truck driver regulations on semi-trucks to help keep pedestrians and vehicles safe. These regulations include allowed drive time, driving breaks, and more.

The most important part of the FMSCR is part is drug testing. While we have no information at this time to support or claim the driver of the Amerifreight was under the influence of drugs, this is something that must be ruled out, especially with the truck causing the death of the bicyclist.

Drug and alcohol testing are required by part 382 of the FMSCR and are a mandatory part of any truck driver who holds a commercial driver’s license.

We will be providing updates as our firm learns more from our ongoing investigation about this fatal bicycle accident.