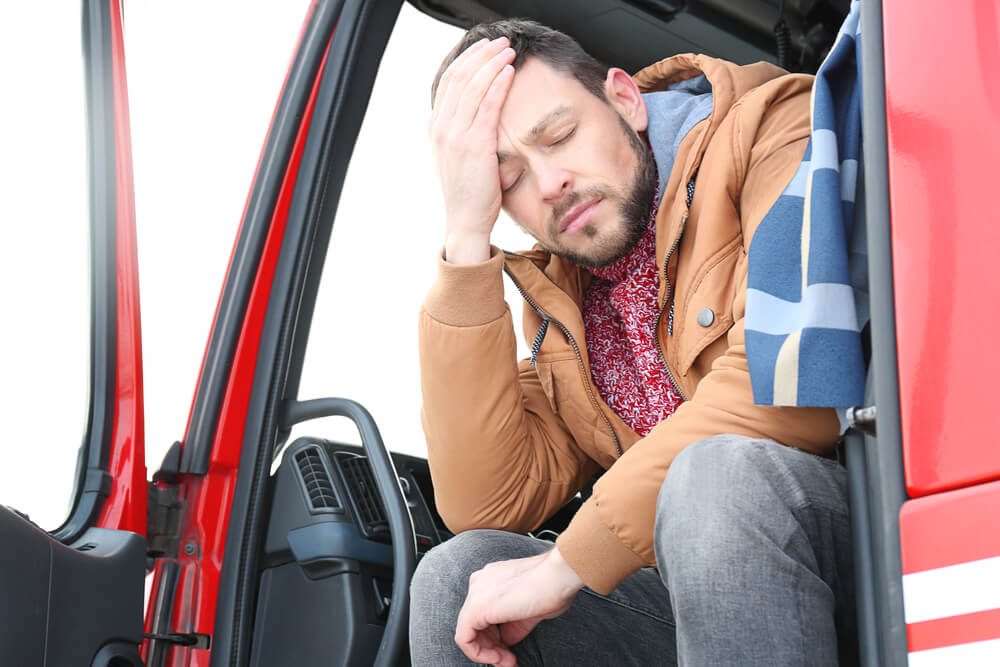 When a 40-ton semi-truck crashes into a passenger car, the injuries to the occupants of the passenger car nearly always result in catastrophic injuries or death. The sheer mass of the semi-truck, often fully loaded, simply overwhelms a passenger vehicle. It is vitally important that the motoring public understands and hopefully limits the number of semi-truck crashes. One of the primary causes of these crashes is driver fatigue.

The Dangers of Driver Fatigue

A semi-truck driver has a very tough job. He is often paid only by the mile. He does not receive wages for the time he spends waiting, loading and unloading. When he is stuck in traffic, he is earning very little. When a job goes well, he may make up to $3.00 per mile, but he often makes far less. As an independent trucker, the driver is responsible for his own expenses. These expenses include fuel and vehicle maintenance.

With trucks getting around 5 to 6 miles per gallon and fuel over $3.00 per gallon, there is a very small margin for profitability for a driver.  The driver is motivated to drive as many miles as he can to earn a living. Often, this desire is in conflict with the Federal Motor Carrier Safety Regulations, which limit the amount of time a driver can be on-duty and how long he can drive in a certain time frame.

According to Department of Transportation regulations, a driver can drive no more than 11 hours in a 24-hour period, and they can’t be on duty for more than 70 hours in an 8-day period. Therefore, a driver who has driven 10.5 hours and finds himself an hour from home has a choice to make. He can either keep driving and violate the hours of service regulations, or he can stop and spend another 12 hours away from home. Clearly, public safety demands that the driver complies with the hours of service rules, but in the real world that doesn’t always happen

In the past, drivers kept paper log books to record their time. Unfortunately, it was a common practice to keep two sets of logs— one for getting paid, and another set to give to the police or highway patrol if they are stopped. It is a dangerous practice, but it is also an understandable one. In nearly every case we have handled at Ernst Law Group involving a trucking accident, the drivers have been decent and hardworking men and women who are just trying to make a living. The temptation to cheat on the log books was just too strong.

A new law will require most semi-truck drivers to use electronic log books. The electronic entry and storage of data will make it hard for drivers to record incorrect time. Even electronic logs are subject to manipulation but to a far lesser extent than paper logs. To date, there is insufficient data on how the use of electronic logs will affect driver fatigue issues.

Driver fatigue is a leading cause of semi-truck crashes. We’ve all been on a late-night road trip and felt too tired to drive but pressed on to get home. This happens frequently with truck drivers, and they are behind the wheel of 4-ton machines. Driver fatigue is estimated to be the cause of up to 30% of all truck crashes.

The issues with driver fatigue are more subtle than just falling asleep at the wheel. Reaction time and judgment are impaired. We have seen cases where a driver pulled out in front a car and claimed he had a mile of clear road. In reality, he had only a few hundred feet. The resulting crash killed a 23-year-old young man.

In addition to simply being tired and not getting enough sleep, timing and physical factors play a role. When a driver does not have a regular schedule— sometimes working day shift and other times driving at night— his circadian rhythm is interrupted and the sleep he gets is not as restorative as it otherwise might be.

The Federal Motor Carrier Safety Administration has tips for avoiding fatigued driving, which include getting enough sleep, napping, maintaining a healthy diet, avoiding medications that induce drowsiness and recognizing the symptoms of driver fatigue.

These are fine suggestions, but they don’t solve the underlying problem of motivation. If drivers need to push the limits to make a living, they are going to do so. The problem will be significantly reduced if a driver can make a fair wage by driving within the rules. Drivers should be paid by the job or by the hour, not by the trip. When that happens, drivers will have the incentive to be safe, and not just to be quick.

If you have been injured in a semi-truck accident in San Luis Obispo, feel free to contact the experienced truck accident attorneys at Ernst Law Group for a no-cost consultation. We will work tirelessly to make sure you are treated fairly during your trial and ensure that you get the financial compensation you deserve.