Pedestrian Traffic Fatalities on the Rise 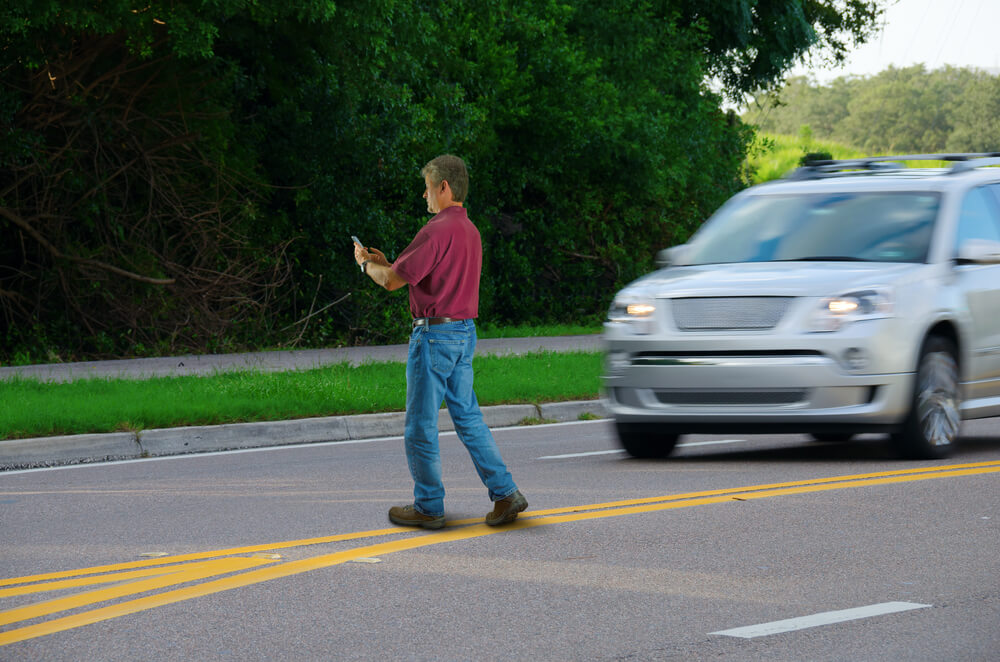 A recent study conducted by the Governor’s Highway Safety Association (GHSA) shows that pedestrian fatalities in traffic accidents are on the rise. According to the GHSA, 6,000 pedestrians were killed in motor vehicle crashes in 2017. Two factors have been examined for their potential impact on these statistics.

The consistently increasing use of cell phones and legalization of marijuana are considered possible factors for the increased death rate of pedestrians. While cell phone use is obviously not new, every day we become more dependent upon our phone for nearly every aspect of our lives. Calls, texts, emails, social media, photos, maps and directions are among the reasons one might be looking at a phone when walking on the street.

According to the National Safety Council, we are most vulnerable when walking in urban areas, crossing a busy street and negotiating traffic. When we do these things while looking down at a phone, the risk is far greater. Pedestrian-vehicle injuries are the fifth leading cause of death for children ages 5 to 19. Safe Kids.Org offers the following tips for safe walking:

States that legalized marijuana between 2012 and 2016 had a collective 16.4% increase in pedestrian fatalities in the first 6 months of 2017 compared to the prior year. It’s important to not misinterpret these statistics. These numbers don’t tell us who is at fault for these increased collisions, or even that drug use was a factor at all. However, it is more than just an anomaly. Too many people are being killed in pedestrian crashes.

If you or a loved one has been injured in a pedestrian accident in San Luis Obispo, please feel free to call one of the experienced pedestrian accident attorneys at Ernst Law Group for a free no-cost consultation today. We will work tirelessly to ensure that you and your family get the financial compensation you deserve.