You are here:
Categories: In The News, Motorcycle AccidentTaylor ErnstOctober 11, 2018 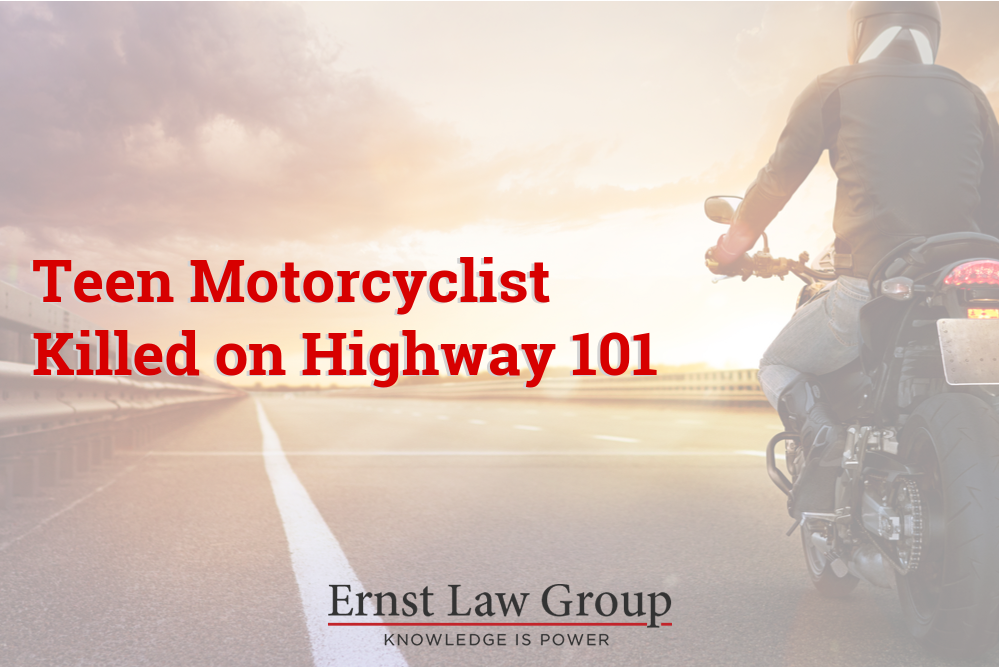 Another tragic case was reported this week. An 18-year-old motorcyclist was killed on October 6, 2018 on Highway 101 just south of Arroyo Grande at the El Campo Road crossing. CHP Reports that the driver of a BMW turned left into the motorcyclist’s path of travel.
There are only a few places in San Luis Obispo County where a cross street intersects with the Freeway without any traffic controls.  We have seen numerous traffic collisions at the intersection of Wellsona Rd and Highway 101 in the north county.
The Highway 101 / El Campo Rd is another spot where drivers intending to go North from El Campo Rd are forced to cross the southbound lanes of 101 and then merge into the northbound traffic. From my our driving history, we can attest that this is a harrowing experience. 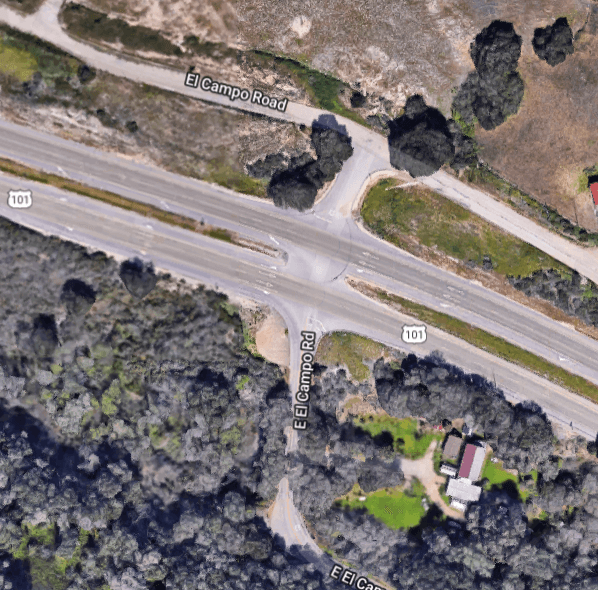 To the West of the highway, there are many large homes and a golf course.  Years ago, El Campo may have been a rural road without much traffic, but today it’s a busy street with a large number of people traveling north to San Luis Obispo. It’s not uncommon to hear about people who refuse to cross at El Campo, even though an alternative route can add 15 or more minutes to the trip.
The driver of the BMW was reportedly not arrested. If this was a matter of a driver looking, but simply not seeing an oncoming motorcycle, it is a tragic mistake. The driver of the BMW, even if “just” negligent, is still liable for the wrongful death damages suffered by the motorcyclist’s family. The California DMV Handbook specifically warns drivers to be on the lookout for motorcycles.
The NCBI has conducted an exhaustive literature review of motorcycle Right of Way crashes. Attention of the other drivers and conspicuity of the motorcycle are the most common causes of crashes. For some reason, human factors studies have shown that driver tend to judge cars as arriving quicker than motorcycles.
This means that if a driver waiting to cross at El Campo saw a car, he or she might properly judge the time to cross. But, if a motorcycle is the approaching vehicle, the driver is likely to overestimate the time he has to safely cross.
This is no doubt one of the factors that lead to a large number of motorcycle fatal crashes.  The NTSB reports that riders of motorcycles are 28 times more likely to be killed in a crash than are drivers of other types of vehicles.  The reason is obvious: the rider has far less protection. This doesn’t make it the riders fault; to the contrary, it just increases the need for vigilance on the part of driver.
At Ernst Law Group, we have handled many motorcycle cases.  Nearly all are tragic cases. It is important in handling any type of road crash case to examine if there is a public entity also liable for the loss.
In this case, one must explore whether or not Cal Trans is responsible in part for failing to reroute traffic, installing an overpass, or putting in a traffic signal.  These cases are known as Dangerous Condition of Public Property cases and require careful legal handling.
If you’ve been injured in a motorcycle accident in San Luis Obispo, give our team a call at (805) 541-300 or contact us online for a free, no-obligation consultation. We’re here to help you get the compensation you deserve.