I’m Taylor Ernst of the Ernst Law Group. Can a brain injury heal? I get asked that often by the families of brain injured clients who I have, and what I tell them is this. Every brain injury is a little bit different and no two brain injuries are exactly the same. Because of that, there’s actually a lot of hope in terms of the recovery chances, but at the same time, doctors are always nervous to over promise when they aren’t sure what the outcome’s going to be. Giving it to you straight, brain injuries can heal. It just depends on the amount of progress you can make.

When a doctor says a brain injury can’t heal, one of the things they sometimes neglect to mention is a concept called neuroplasticity. This is something that’s arisen in the last decade or so. Doctors who were trained way back in the day won’t talk about it. Neuroplasticity is a way for your brain to form new connections. Often when there’s a suffering of a brain injury, there’s what’s called axonal shearing, which is damage in between some of the connections to the brain. The ways to repair that aren’t all that clear in our current medical understanding. What we do know is, we can forge new pathways. That’s why it’s called neuroplasticity. The brain has some type of a new formation that can occur and wire new pathways.

Sometimes it’s a painful rehabilitation process, but we like to encourage our clients saying, “Hey, try it. See if you can come up with new ways to participate in daily life.” That’s number one. Number two is it really depends on the social support network around the person with the brain injury. The brain injury is really isolating. It causes a lot of emotional feelings of adapting to new circumstances. A lot of times, it leads to a disconnect between family, friends and even their support group. Often people who’ve been injured with a brain injury want to have some type of organization or group that has other people who’ve gone through what they’ve gone through.

We recommend joining certain types of support groups. I know that we’re always encouraging our clients to join ours just because when they talk to people, who’ve had brain injuries before, they can ask the questions. Hey, here’s the problem I’m going through. What’d you do about this? They have a lot of people who’ve been there before, that can answer that. Number three is, it really comes down to resources, being able to get the type of medical treatment. Some types of doctors don’t take private insurance, and so you either need to pay them with a check or cash or some way outside of insurance to get some of the best treatment. That’s not accessible to everybody. It’s one of the reasons that I feel pretty strongly about providing content like this is because from a lawyer who deals with this stuff, I’m going to tell you what I know and what my clients have been told. 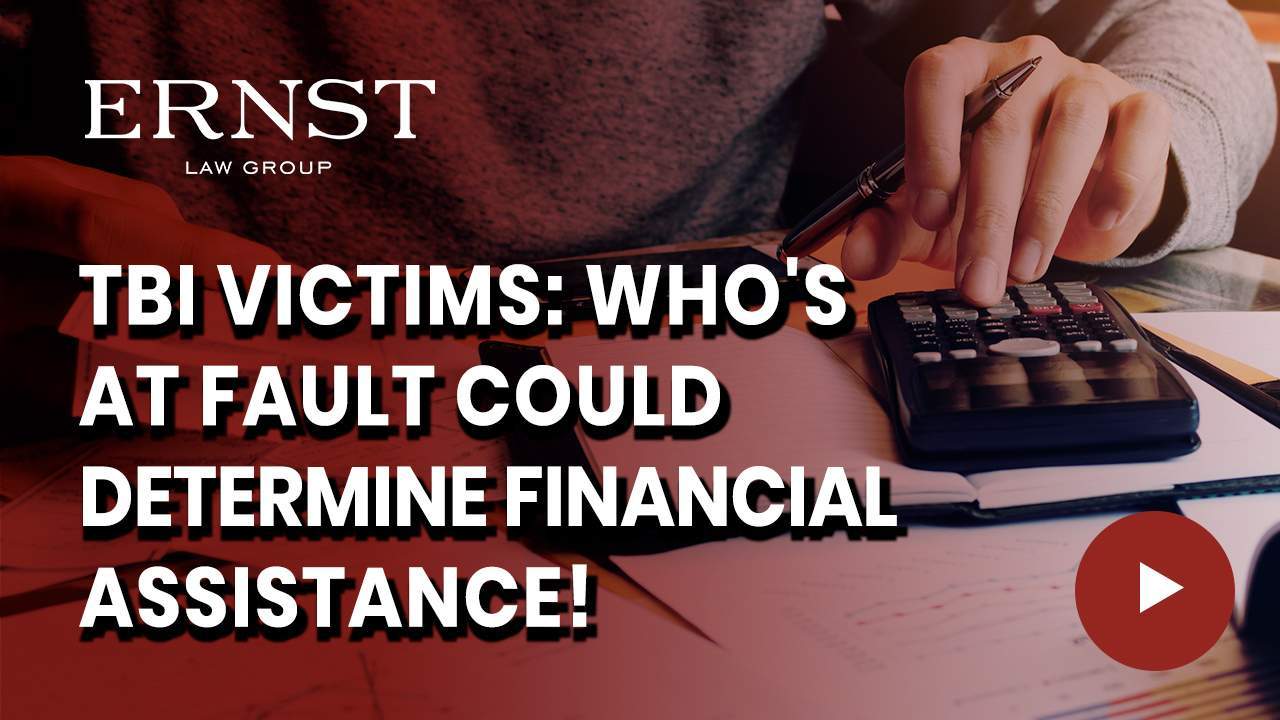 MORE VIDEOS
Go to Top
Get In Touch
We represent only the injured parties against insurance companies or large corporations. We never do defense work. We never will. The defense wants to minimize the amount of money given to our clients, even when they are responsible.
Ernst Law Group
1020 Palm St, San Luis Obispo, California 93401
get directions
[email protected]
Call us
(805) 541-0300
Law Firm SEO by EverSpark Interactive
Send us an email