Why OSHA Fines Are on the Rise in California 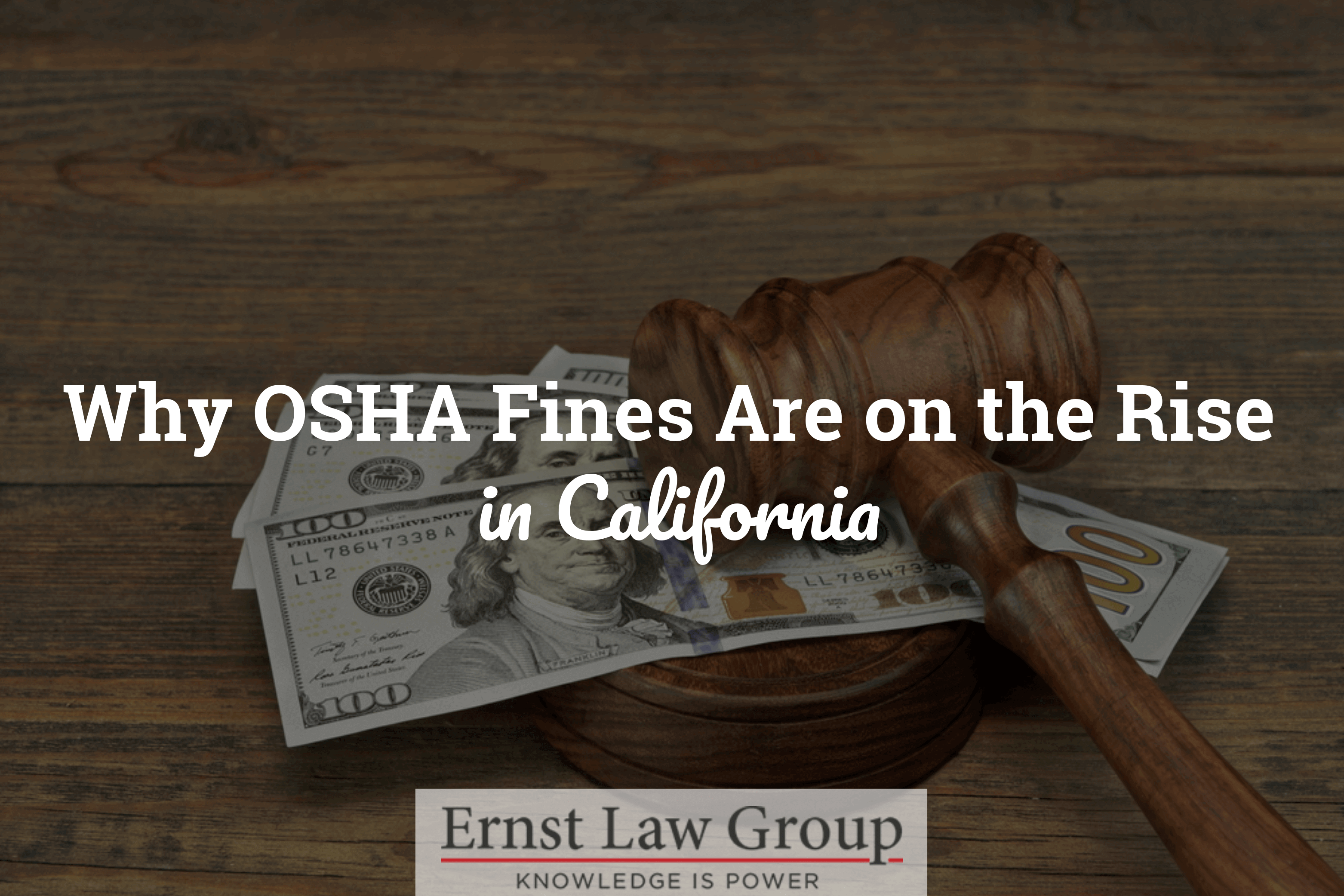 The California Division of Occupational Safety and Health has been cracking down on careless employers, and fines are on the rise. According to statistics, the problem isn’t necessarily that employers are being more careless than they have been in the past, but that Cal/OSHA is conducting more inspections. Are businesses more unsafe, or is the uptick in inspections simply causing more violations to be caught? Read on to find out.

California companies have been cited already this year and some are serious. Here are some standout violations that have been reported by the agency.

The Alhambra Foundry Co. Ltd. was cited after an employee was forced to undergo an amputation as the result of a confined space accident. In August of 2017, workers were unjamming and cleaning a conveyor that was part of an industrial air filtration device.

Another worker attempted to perform a test on the equipment, turning on the machine. One of the workers cleaning the machine was pulled into it and ultimately lost both legs. Eight citations were issued to the company for various violations.

California Premier Roofscapes Inc. was cited after Cal/OSHA discovered that the company had failed to train workers on fall protection and did not ensure that workers were wearing proper safety gear while installing roofs. The agency proposed penalties in the amount of $134,454.

Six citations were given to SSA Pacific Inc., a marine cargo handler. The citations were for safety violations following a fatal accident that occurred on January 3. A worker was operating a forklift and struck a concrete support column attached to a transit shed. The worker was thrown from the vehicle and passed away from the injuries sustained. Cal/OSHA cited the company for failing to properly maintain and inspect forklifts, ensure the operators wear seatbelts and improperly altering vehicle safety features, among other violations. The penalties total $205,235.

OSHA takes workplace safety seriously. When a company fails to adequately protect its workers, it can expect to be cited and fined. Here are some of the highest penalties issued.

A worker suffered a fatality after working inside of a machine that restarted while they were inside of it. A worker was trapped in the machine and crushed. The company, Joon LLC received 23 citations for other-than-serious, serious, and willful violations.

The other two companies cited were staffing agencies and each given two serious violations. Overall, the penalties totaled $2.6 million.

The drain cleaning company was cited after two workers died when a trench collapsed. The trench collapse caused a fire hydrant line to break and, in turn, flood the trench.

OSHA found that the company did not protect the employees against trench collapse, similar to findings against the same company in 2007 and 2012. The company was issued 18 citations with penalties totaling $1.5 million.

During a planned inspection, the investigator saw employees working on a roof without adequate fall protection. A second inspection was launched and the same violations were witnessed.

The company was ultimately cited with 14 violations and placed in OSHA’s Severe Violator Enforcement Program and handed penalties totaling $1.5 million.

A worker died when a trench collapsed because it wasn’t protected. The death came a month after another worker had died in a similar accident. OSHA investigated and discovered that the company did not provide safeguards or proper training for its employees. The company was given 14 citations with penalties totaling $714,142.

A worker received crushing leg injuries after being caught in a machine while performing maintenance. An investigation conducted by OSHA discovered several violations. A second, unrelated investigation was conducted in the same company months later.

The company was cited with 30 violations and given penalties totaling $610,034. They were added to OSHA’s Severe Violator Enforcement Program.

Workers should be able to perform their duties without worry that they will be injured. Employers are tasked with the responsibility of ensuring this. When someone is hurt while on the job, they have the right to seek compensation for medical bills, lost wages and more.

If you have been injured on the job, you need a San Luis Obispo OSHA lawyer. Reach out to our office today to schedule a case evaluation. We will review the details of your accident and advise you of your best options. Call today to speak with a member of our team.