You are here:
Categories: In The News, Truck AccidentsTaylor ErnstOctober 10, 2018 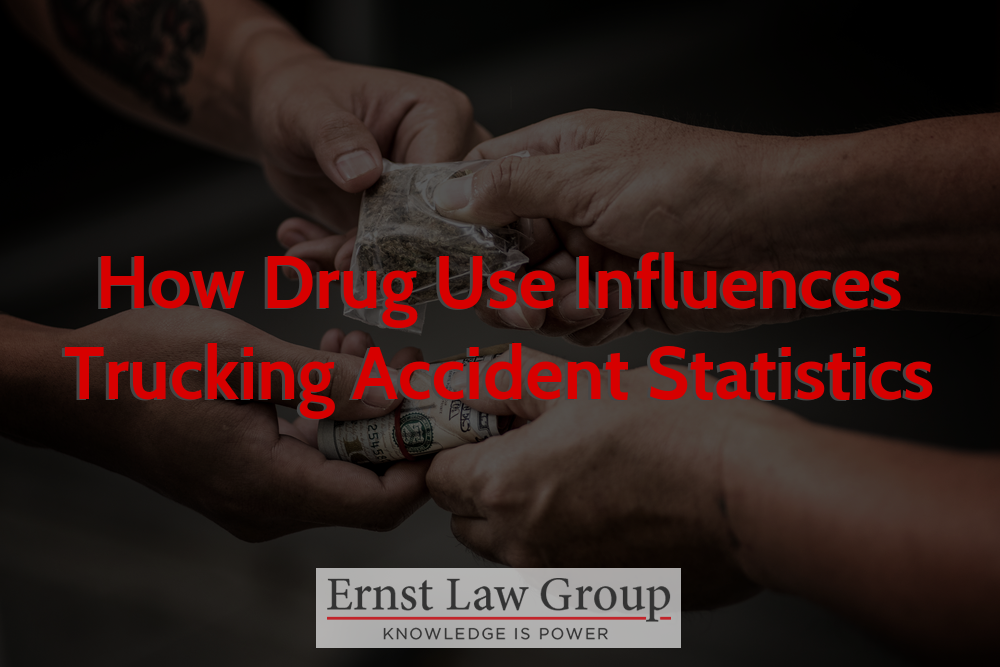 The reality of being a trucker is that there are going to be long stretches of boredom, since it’s just the driver alone in the truck. This allows for some strange things to occur during their downtime, both good and bad. While it can be fun to listen to some of the silly things that go on at a truck stop, there’s also a darker side that should be noted.

An October 2013 study from the University of Amsterdam notes there is a good chance that some of the truckers on the road have imbibed in alcohol or illicit drugs before getting behind the wheel.
The Amsterdam study collated similar studies that were done with truckers in Australia, Chile and the United States. It’s important to make a distinction between what the studies covered and what they didn’t.

Truckers and Drug Use

The studies asked truckers whether or not they’d ever driven under the influence of drugs or alcohol, not checking with the companies how many employees had failed a drug test. The methodology of the various responses certainly brought up a wide range of results to consider. Drivers admitted to having used alcohol and cocaine at places like truck stops and gas stations.

With such varied responses, a company would have many different routes to take. First of all, if someone who’s been known to use such drugs before gets involved in an accident, then a company would probably have grounds for a suspension pending an investigation.

They’ll be able to figure out what to do after the investigation is finished. But if the accident is serious, the driver could be terminated if they’re found guilty. This doesn’t even touch on the possibility of being fined and the driver losing the chance to work.

Of course, all of the apocalyptic scenarios are just that, scenarios. It’s up to the companies to properly police their employees with consistent testing and making the consequences of those actions very clear. Along similar lines, workers need to understand that driving under the influence, no matter how small, can lead to some major consequences.

If the driver develops a reputation as someone who can’t be trusted, then they’re out of luck. The world of trucking can be very difficult and spots are limited, so it makes sense that a driver who can stay clean will benefit financially from others’ misfortune.

What’s more, in about 5 percent of all fatal truck accidents, the truck driver was under the influence of drugs. It’s hard to say those accidents wouldn’t have still happened if the trucker was sober, but it’s safe to say the drugs did play a role.

Reasons Truckers Give for Drug Use

When the numbers are made more clear, the average citizen has only one question: Why? Truckers aren’t ignorant of the dangers of drugs and alcohol use. They know the risks they are posing to themselves and others. Why, then, would they choose to get high before getting behind the wheel? Reasons vary, but the need to stay awake often tops the list.

Some of the most common reasons cited for illegal drug use include:

1. Long Shifts: Truckers aren’t supposed to be driving for days without taking a break, but the push to deliver a load on time can cause these men and women to stretch the limits.
Some report turning to drugs like amphetamines to stay awake for longer periods at a time. Truckers also say that they use cocaine for the same reason.

2. Depression: Some drivers are lucky enough to be home every night while others are away for weeks at a time. For these truckers, loneliness takes a toll.
Some have reported taking drugs to cope with the loneliness they feel while on the road. It’s never a good idea, as many drugs actually worsen depression instead of alleviating it.

3. Boredom: Let’s be honest, spending long stretches on the road can be boring, especially while traveling down long stretches of highway that all end up looking the same.
Marijuana use among truckers may be a way to cure some of that boredom they feel.

4. Overnight Driving: The human body is meant to sleep at night, not drive. Even truckers who are used to driving overnight routes can need help staying awake. For these drivers, drugs seem to be the answer.
Some substances can make a person feel like they are more alert when, in reality, they are putting a driver at higher risk of causing an accident.

5. Addiction: In some cases, there are truckers who become addicted to the drugs they choose to experiment with. The reason they continue to take drugs is because they can’t stop. In other instances, a trucker experiences physical problems and ends up becoming addicted to prescription pain medication.

Drug use behind the wheel is not okay, no matter the reason. Truckers who choose to partake in drugs and alcohol before slipping into their cabs are urged to get the help they need. People’s lives are in danger when a driver operates their rig while impaired. Not only are they taking their own lives in their hands, but the lives of everyone else on the road.

Our San Luis Obispo Truck Accident Attorneys are Here for You

If you are involved in an accident, you need one of our San Luis Obispo truck accident attorneys. We are here for you and will fight vigorously to ensure you receive the compensation you are entitled to under California law.

Reach out to our office today to schedule your free case evaluation or contact us online. You do not deserve to be placed under financial strain because a trucker made a poor choice.